When I was sent one of the latest mini ranges by Scenic Route, called Liberty and designed for 4th July layouts I was a little concerned. I have never visited America and have no American connections at all so was a little bit stumped as to what I would scrap with the papers. I needn't have been worried. When the papers arrived they were gorgeous, and I knew they would suit lots of different subjects. In particular they would work really well with masculine subjects (something I don't scrap a lot of to be honest!)

I decided to scrap a photo of my boyfriend who regularly plays the Last Post at various locations around Coventry. The papers went really well with the colours of his band uniform. I started with a piece of stripy paper, which I cut to a semi-circular shape and adhered to the scalloped circle cardstock. I then used my sewing machine to stitch several outline circles around the scallop edge. 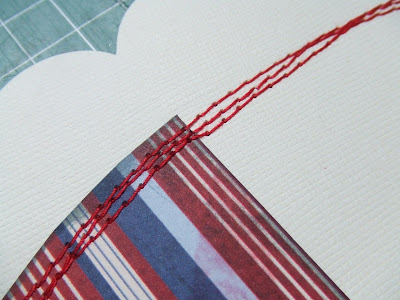 Next, I adhered the scalloped circle to some navy blue cardstock, which I had also machine stitched a border around. I fixed some KI Memories lace cardstock across the centre of the layout, and added the photo. 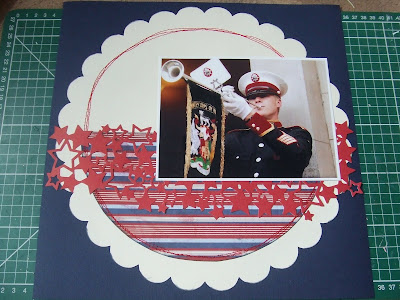 I created a base for the title with a Jenni Bowlin journalling sticker, then cut out the title from red cardstock before sticking it down. 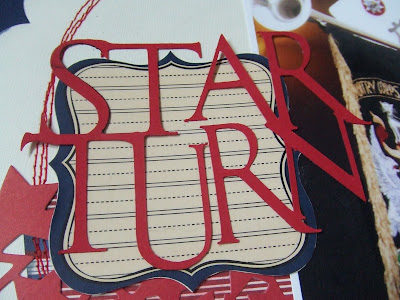 My journalling was written onto strips of cardstock, and adhered to the bottom left of the layout. 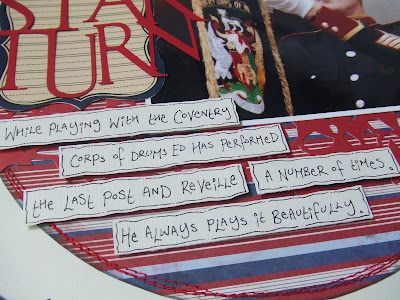 Finally, I added some ghost stars and buttons as embellishments. To make the ghost stars stand out more, I painted round the edges with white paint. 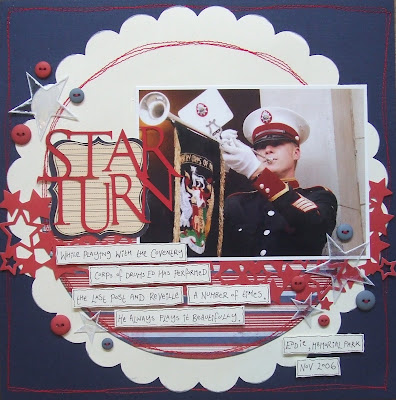 And because I had plenty more scraps of paper left, I used them to create this mini book about a recent walk along the SouthBank I enjoyed with my mum and dad. 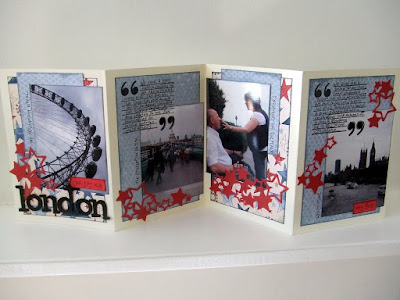 Absolutely stunning! I love the colours of the LO - but particularly love your circular LO - gorgeous!