This month I was sent a range by Bo Bunny, called Teen Chic. The papers are quite bright and funky, so I decided to use them for this layout celebrating my sister's bubbly personality. 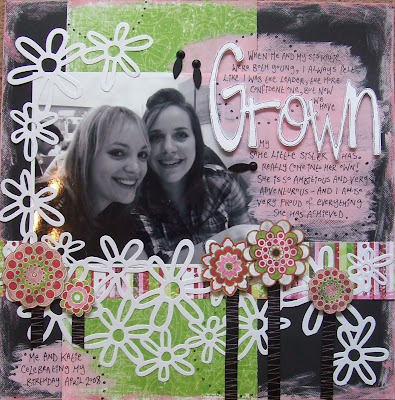 I started off by using paint to dry brush all round the edges of some black cardstock using two shades of pink paint. I then cut about 5.5 inches of the green paper and positioned this on the cardstock, layering a 2 inch strip of the stripy paper horizontally over the top of this. Next, I positioned my photo on the page. 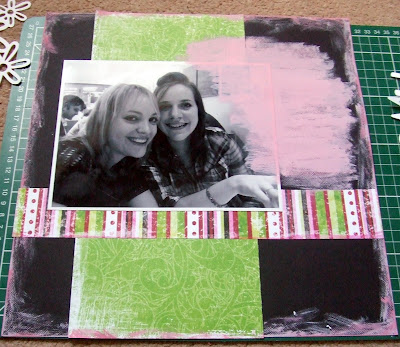 After I had positioned my photo, I used the pink paint to cover areas of the layout, which would later form my journalling space. You don't need to be too neat with this as the layout is supposed to be quite grungy. Once this was dry, I cut sections of the KI memories lace cardstock to create a flowery border around the left side and bottom of the photo. 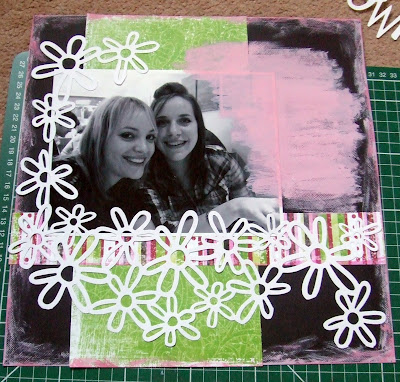 I then positioned my title, cut from white cardstock, and used this to help me draft my main section of journalling, which I wrote out in pencil first before going over with pen. I then used circular chipboard coasters to draw dotted circles randomly around the layout. 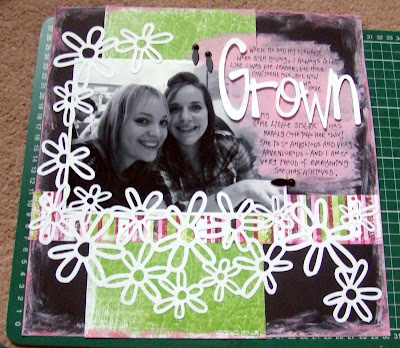 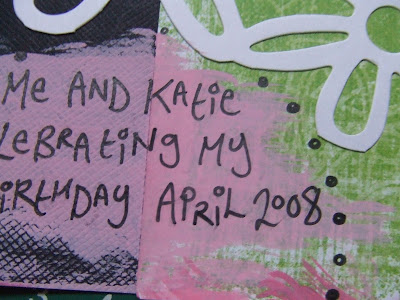 Next, I handcut flowers from one of the other patterned papers, and positioned them on the layout, using ribbon to form flower stems. I drew a fine line around the title lettering to make it stand out. Finally, I added photo turns to act as decoration and lead the eye into the photo on this very busy page. 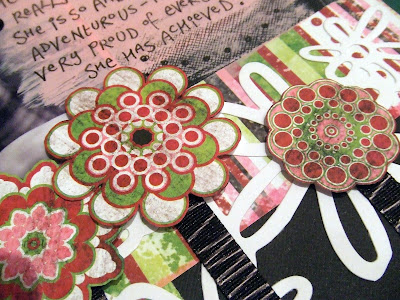 Thank you, I've just spent a happy morning shamelessly copying this stunning LO. I never have ideas like this and it's so nice that you share yours for us to see. I love your blog and the shop too.