Something for the teacher...

I know that valentines day is for couples, secret crushes etc, but i like to send my son's teacher something just to say 'thankyou' and that we really do appreciate everything that she does for my son.

This year i am being organised enough to actually have it all made already! go me!!! lol.

My first project is not really original and has been done for a few years now, but it was on amongst my 'saved favourite things to make' so i though i would give it ago. (please forgive the funky colours on the photos the day was really dark when i took the photos) To see the images close up please click on the photos. 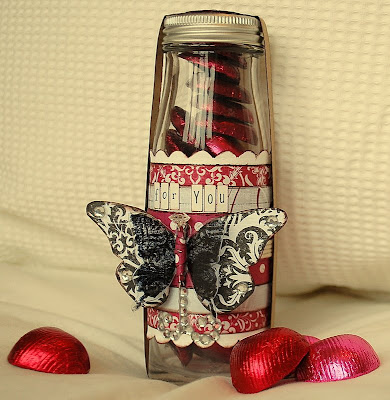 For this project, i recycled a prima glass bottle.

Step one: Clean all the bits of stickers off the outside of the bottle. I did this by soaking it in hot water to get rid of all the stickers.

Step two: i chose my paper. It was a toss up between Basic Grey Bittersweet and the new 'little yellow bicycle'. In the end i chose the 'Little Yellow Bicycle' line as the colour of the sweets went better with that line.

Step three: cut out a strip of white card, about 8.5 cm from top to bottom. Before you stick it down make the edges scalloped. I ink the edges before adhereing as well, with brown ink.

Step four: Cut out a strip of this paper called kiss notes... 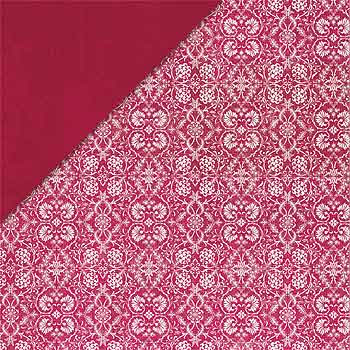 I adhered this so it sat on the white card so the scallops can just been seen at the top and the bottom.

Step five: Cut out a strip of this pattern paper - Love letters. The size for this strip is just over 5cm and adhere round the jar leaving a little strip of the kiss notes showing on the top and the bottom. 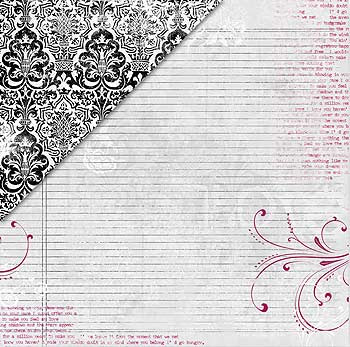 Step six : Cut out a strip of Kiss dots paper. 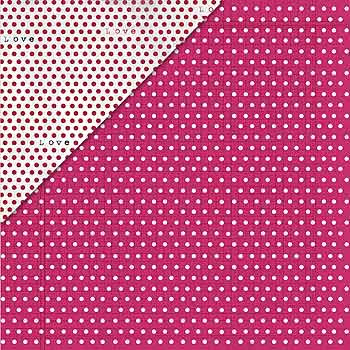 The size is 3cm up and down. The length of all these are depending on the size of the container that you use.

Adhere this to the centre of all the other papers around the jar.

Step seven: Wrap around the centre of the jar some string ( i get mine from the local garden centre and it is really cheap). I wrapped mine round 4 times and secured it to the back of the jar. I pushed the ends of the string under the wrapped string to hide it.

Step eight: I cut out a small butterfly shape using this as the template out of the paper called Love Letters, I inked the edges of this and then added small gems to the tips of the wings. 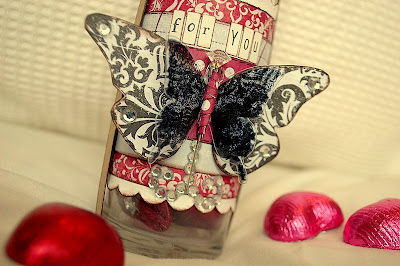 Step nine: Using a transparency stamp and cut out a butterfly shape. Add to the paper butterfly pulling up the wings a bit for some dimension. 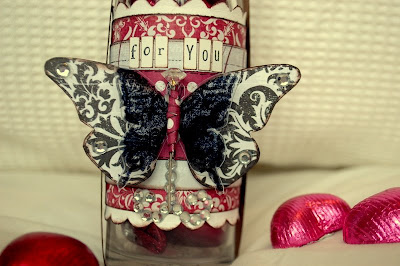 Step ten : using the dotted pattern paper cut out a small triangle and roll up start the roll from the big end and secure the little end down at the end. Adhere to the middle of the two butterflies.

Step eleven: Using the making memories little letters add the words for you. I inked the edges of the letters before i stuck them down.

Step twelve: i added a butterfly trail with some gems for a sparkle effect. 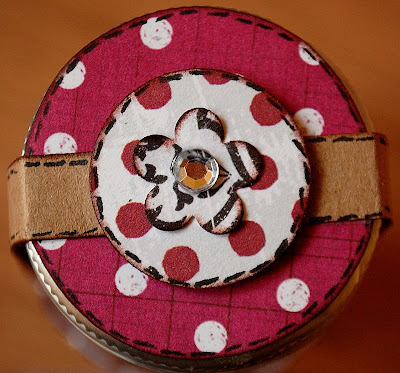 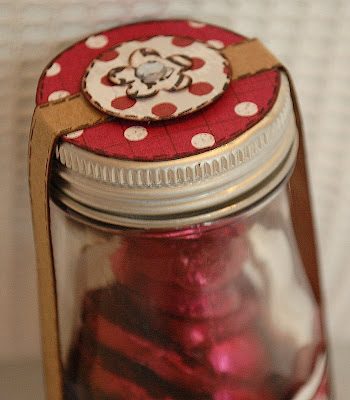 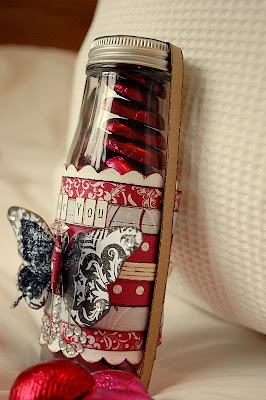 I like to seal something if i make something like this. I cut out a thin strip of brown ( kraft) card to the size 1cm in width. Secured it under the smaller circle on the lid and then pulled it down and adhered it to the bottom of the jar. Use a flat glue for this or the bottle will not sit flat ( yep found that out the hard way lol!!!)

I filled this jar with little heart chocolates. Incase you wanted to buy them as they fit really well into the jar they come from Marks and Spencers. When i was there i picked up two packs, both where heart chocolates but one was bigger than the other. You want to buy the smaller ones as the biggers ones get stuck when you try and get them out.

THanks for looking.
Posted by Wendy at 05:00

I love this jar, i had a few of these a while ago, but i did'nt know what to do with them, next time i will save them, good for birthday chocolate's too!!
WTG wendy!

WOW this is so beautiful!!!

wow u r so clever, its simply stunning.

So lovely :D
I've used MnMs in a Prima jar before too and those work really well.

Wendy, the stuff you make is amazing. You are one talented lady!