Sometimes paper ranges are released with big bold patterns that are gorgeous to look at, but can be intimidating to actually scrap with. Some of the papers in the My Mind's Eye Ooo La La range fall into this category. So how should you approach a layout using these kinds of papers? One thing you can do is to make sure that your photo is bold and bright enough to stand up for itself amongst all of these loud prints! I had a picture of one of my cats with a fuschia pink throw as a backdrop. Lots of papers just wouldn't be able to stand up to the colour, but the bold patterns of the Shabby Chic paper were more than a match for it! 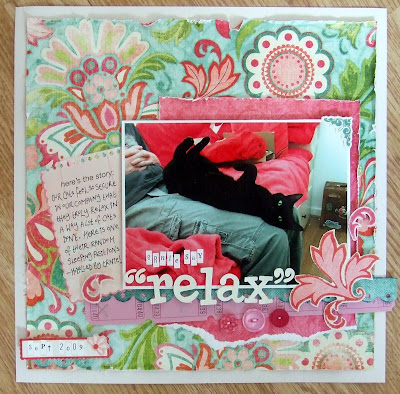 Another tip would be to try to include some single blocks of colour on the layout too. On the layout above, I have included a block of pink to frame the photo so it isn't totally lost, as well as leaving a border of white around the photo to give it further emphasis.

I have also contained the paper itself in a white cardstock border to tone down some of the impact, and made sure my title stands out by using bright white lettering and raising it from the page on foam pads.

On this page, I used the Summer Days paper to create a simple 6x12 layout. When you have bold and bright patterns, it is sometimes best to keep the rest of the embellishment fairly simple. I used a diecut from the same range to make a flourish to underline the title, and then reserved most of the embellishment to one corner of the layout, where I created a cluster of toning embellishments with a 3D effect. I have also made sure that the photo had the strong contrast needed to hold its own on the page, in this example by choosing a photo with a dark background which frames the subjects. I have also toned the photo with the paper as the eye-shadow I'm wearing matches the colour theme of the page! 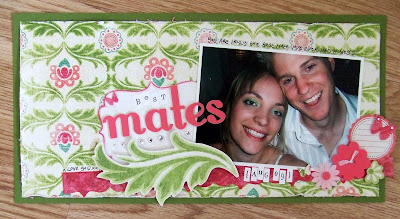 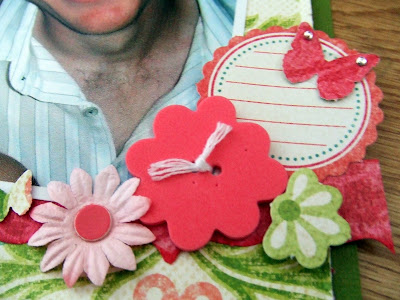 So don't be intimdated by bold patterns - they can often make for eye-catching and exciting layouts, and with careful image selection and framing you should find that your photo still remains the focus of the page.

Yep... I agree, don't be afraid of bold patterns... let them do the work for you! Nice layouts
SundayL

Loving the colours on these projects.

Chloe, I love this bright LO's.