So who's guilty of leaving some cards til the last minute then having a rush to get one made that looks like it took hours to do?!?

Well, if you are in the same boat as me then you will be glad of this quick tutorial. The card below is not only pretty, but it has an added closing strip to make it different from others, and the best bit is, it was made using only ONE sheet of patterned paper!

So I started with a square card base, i think this one was 6" x 6", and trimmed a 2" strip from the right edge of the front panel.
I used Simple Stories Hey Mom Elements #1 sheet and cut out one of the 6x4" panels to cover the card front with.
Using the strip we cut off at the beginning, I adhered the chevron/flowers strip from the sheet of paper to the card and cut it out. I folded over 1cm at the end without flowers and stuck it to the edge of the card back, so that it folded over on top of the card front. Where the flowers fall, I marked a line to trim a slit into for the ends of the flowers to slot into when closed. 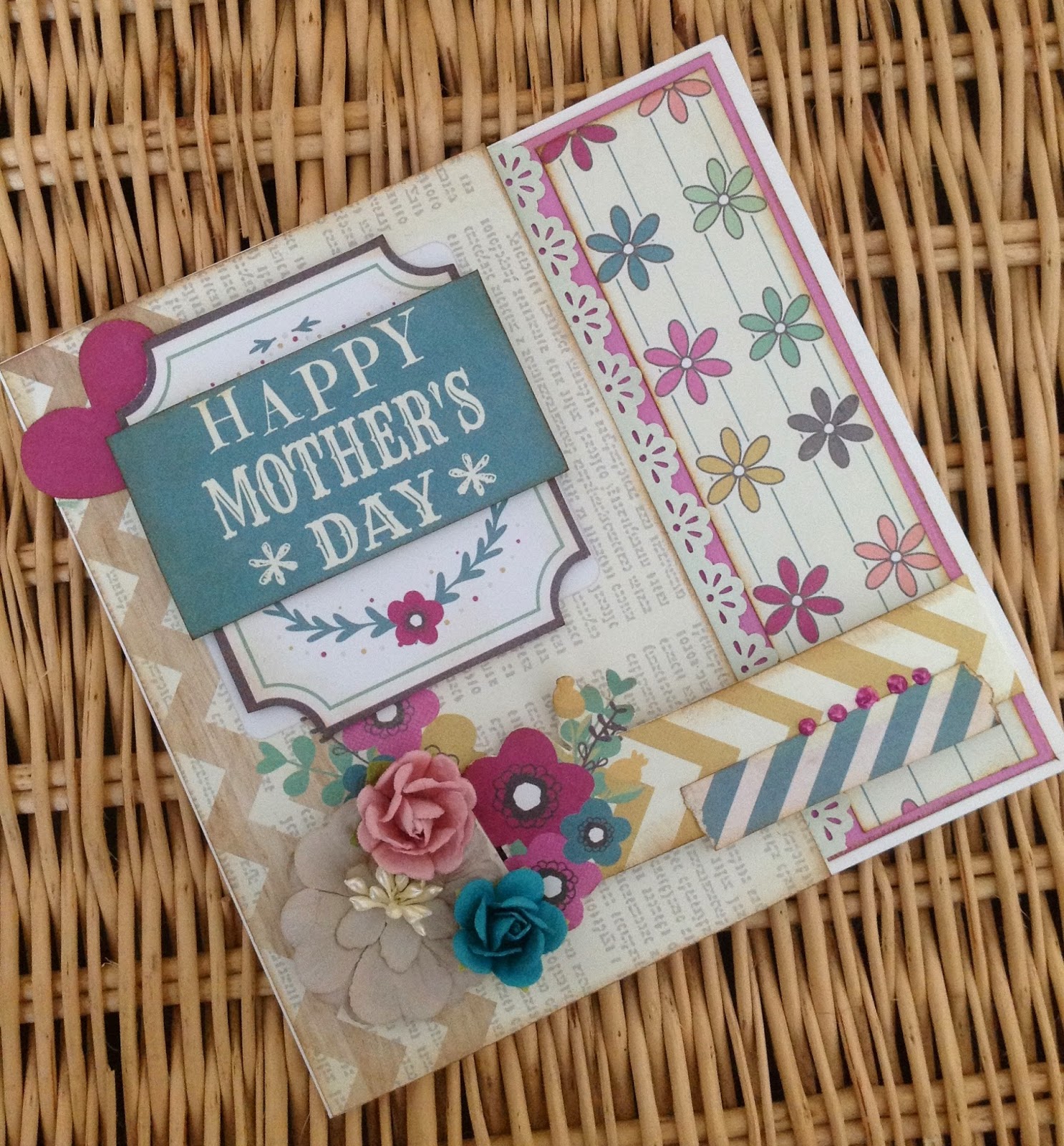 I then added a punched border to the edge of the trimmed front panel, and covered the inside with some plain pink card stock and another strip cut from the patterned paper.

To finish it off, I cut out a sentiment block, a large pink heart, another smaller chevron strip and a plague to mount the sentiment onto. 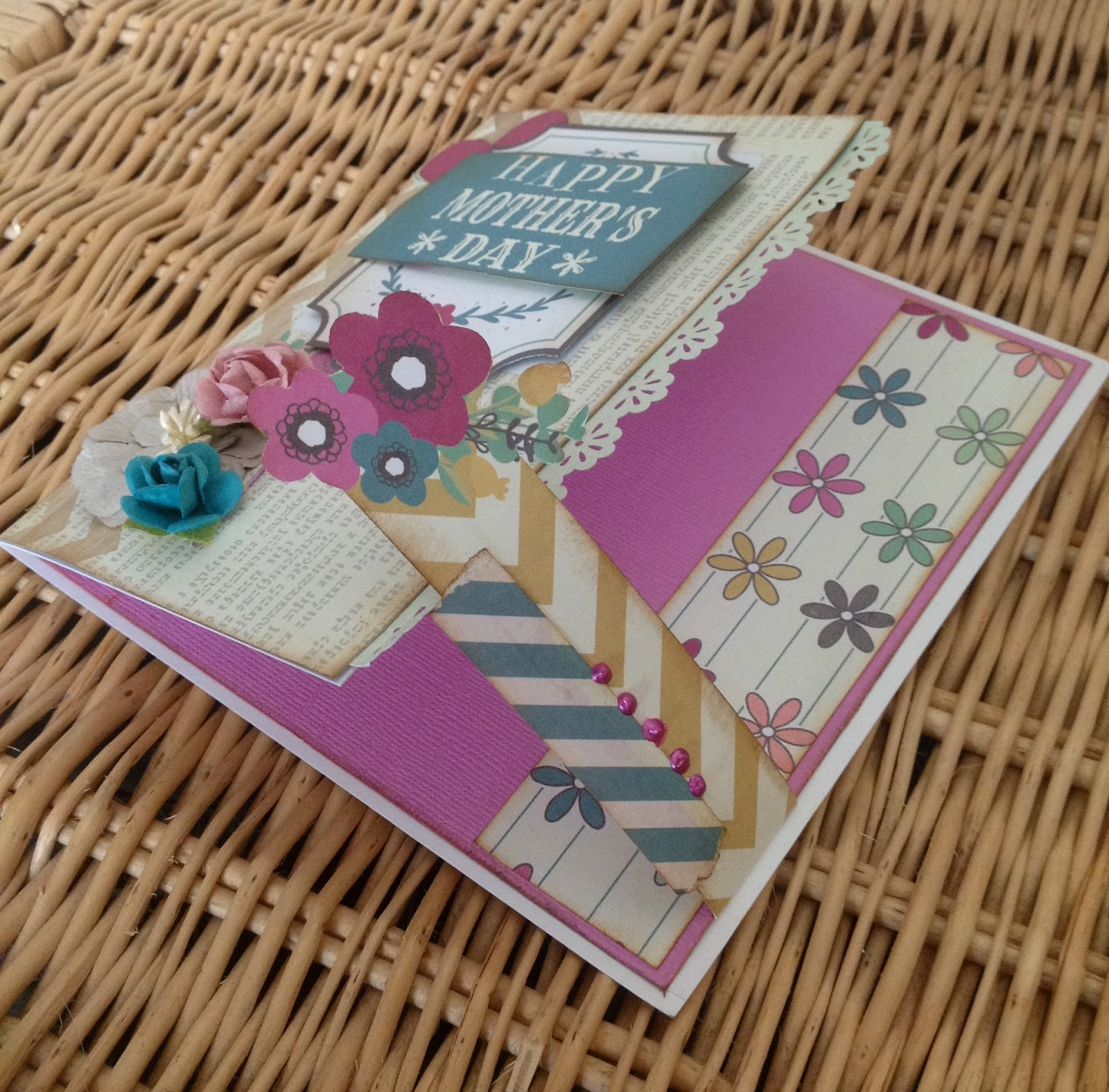 Lastly, I added a few Prima flowers and some dots of liquid pearls.

Of course, this card base can be decorated differently to suit any occasion or genre :-)
Posted by Vanessa at 10:49