Hello, Karen C here again. This month I'm working with Pink Paislee's Truly Grateful collection by Paige Evans as well as paper from the earlier Horizon collection (left over from a previous design team kit). The Truly Grateful collection has an autumnal vibe but its bright colours are perfect for lots of subjects. I choose to scrapbook a smiley photo of my daughter taken in 2012 in the Isle of Wight. 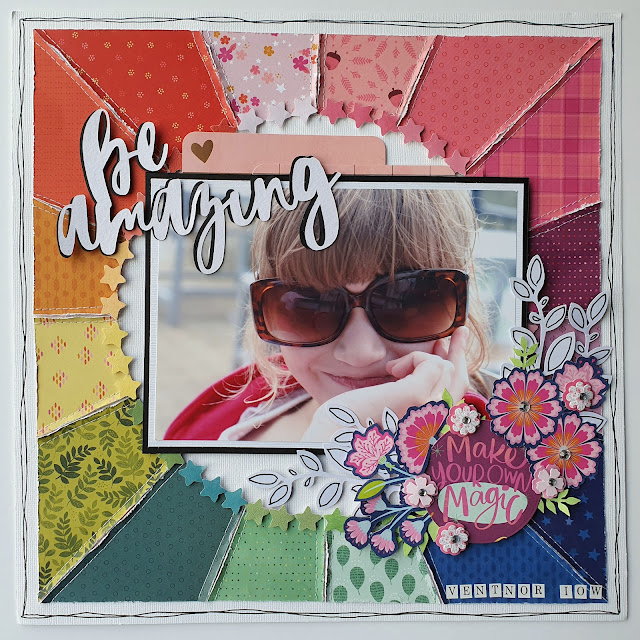 I decided to use paper #08 from the collection. This paper is very similar to paper #03 from the Horizon collection which Lynn and I used on layouts which can be found here and here. 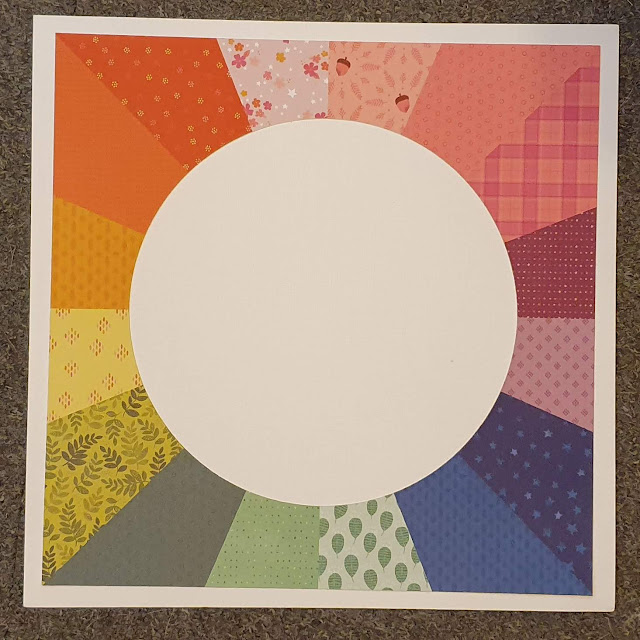 I started by trimming a quarter of an inch off of the four sides of the paper and then cut a large circle from the centre. The different coloured paper sections were then cut along the straight edges, the edges were distressed/roughed up with my scissor and then reassembled on a sheet of white Bazzill cardstock.  I lightly glued the pieces onto the cardstock before  machine stitching them with white thread. 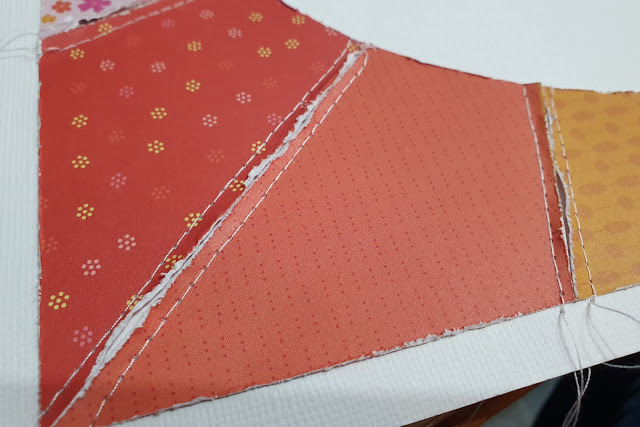 Using my finger nails I then flicked up the edges of the paper to give the layout some dimension. 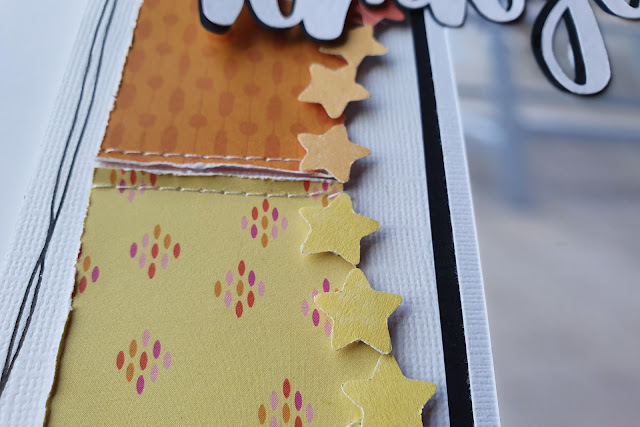 I punched tiny stars for matching scraps of coloured paper and glued these round the edge of the circle.

My 5x7 photo was double matted on black and white cardstock and attached to the layout with 3D foam to raise it up. 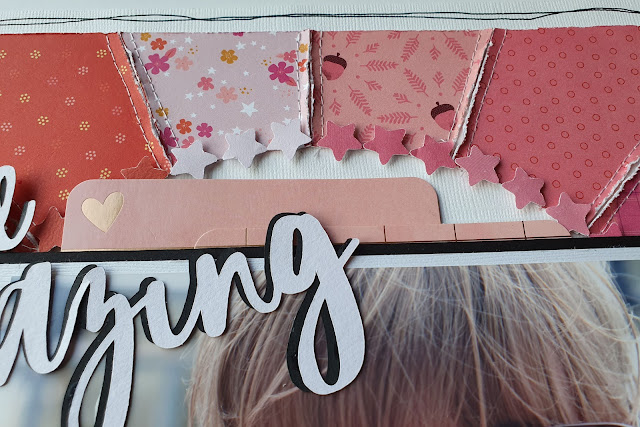 I cut a journalling card in half and tucked the two pieces underneath the top of the photo. 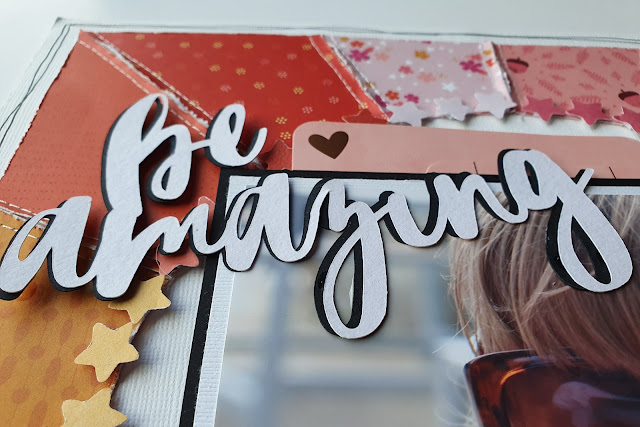 The title, which overlaps the photo and is partly mounted on 3D foam, was die cut from both white and black cardstock and by offsetting the black piece underneath the white I was able to give the impression of a shadow and make the title more prominent. 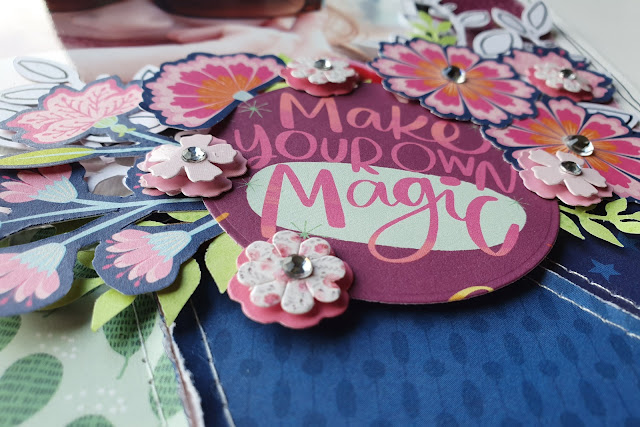 I created an embellishment cluster on the bottom corner of the photo using words punched from a sheet of paper #17, flowers fussy cut from paper #02 from the Horizon collection, some punched and die cut leaves and pink layered Traveler's Journal Flowers from Prima. Some of the elements were raised up with 3D foam to the same height as the photo. Tiny self adhesive gems were attached to the centres of some of the fussy cut flowers. 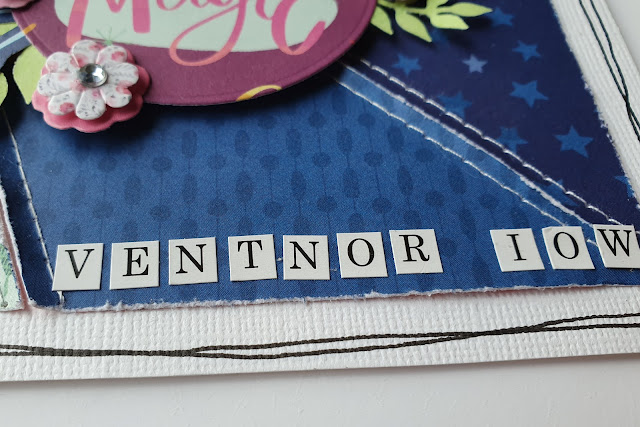 Finally I added where the photo was taken with tiny which alphabet stickers and doodled a border around the page using a black pen.

I hope this layout inspires you to create your own layouts using the Truly Grateful collection which if now available in the shop.

Amazing - love what you are doing with these papers Karen. xx