I could search with october afternoon

I really like the October afternoon boarding pass papers, but was really stuck for ideas how to use them. We've had holidays to various countries but I've scrapped so many holiday photos that I wanted to think of something to do, and here it is.......slightly cheesey maybe but having just celebrated our 16th wedding anniversary the sentiment is true. 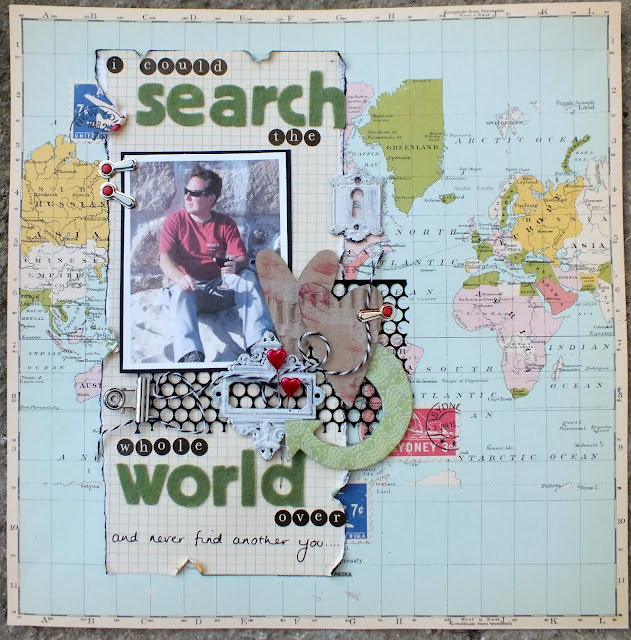 I started by using the amsterdam paper

and then tore a strip from the new york paper, inked and made small tears around the edges and attached to the amsterdam paper.

I matted my photo onto black cardstock & stuck down. Adding some black sequin waste under the photo, I cut out 2 hearts from some cardboard and inked them.
I added some photo corners with red brads,a tim holtz book plate which I covered in distress crackle paint as I did with the keyhole. 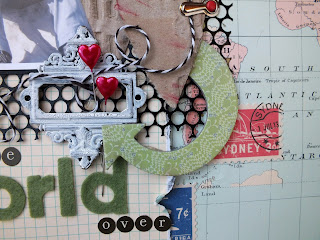 I finished with a couple of heart pins & some thread & used alphabet stickers for the journaling.
Posted by ria979902 at 20:30

This is such a cool page, love your papers and embellies and overall design!

Great page- I have loads of holiday papers but never go anywhere!

Oooh, I love that layout!

Such a sweet page love all the itty bitty elements. Tx