Pebbles Patio Party from Jen Hadfield - Life is What you Bake of it! 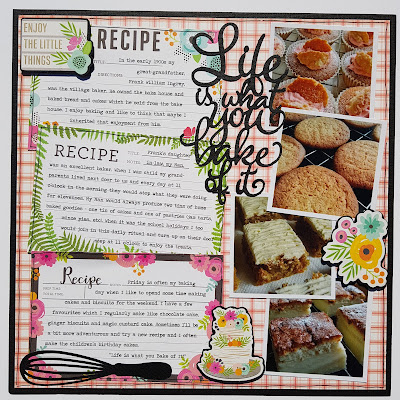 My starting point for this layout was the 'Recipe Cards' sheet of paper. 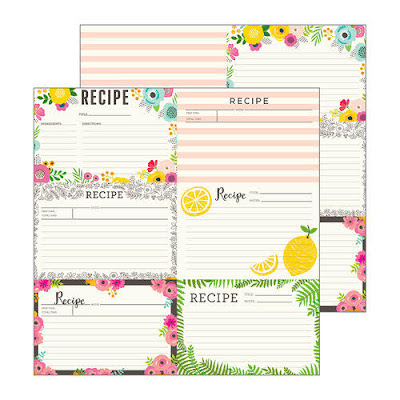 The recipe cards are no doubt intended to be used as they are - as recipe cards or for making a mini recipe book, but I decided to use the cards for journalling about my enjoyment of baking and to also include a bit of family history in my journalling. 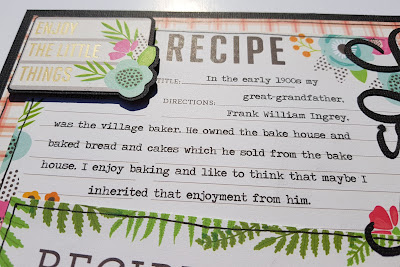 I printed my journalling on three of the recipe cards using my computer. It was a bit fiddly and time consuming to make sure it was positioned correctly, but I think it was worth the effort. 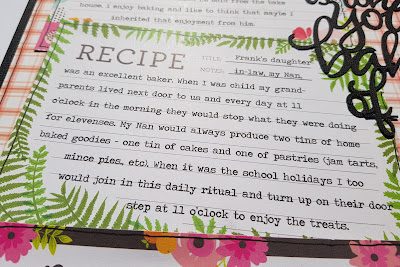 The cards were glued to the left half of a sheet of the 'Fresh Berries' patterned paper which I had trimmed slightly before matting onto a sheet of black Bazzill cardstock. 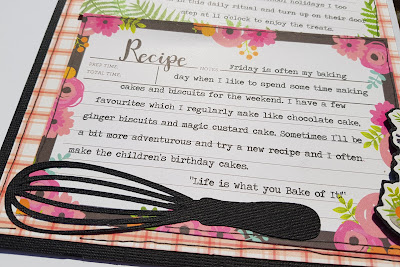 I added a whisk cut from black cardstock to fill the space at the bottom of one of the cards. 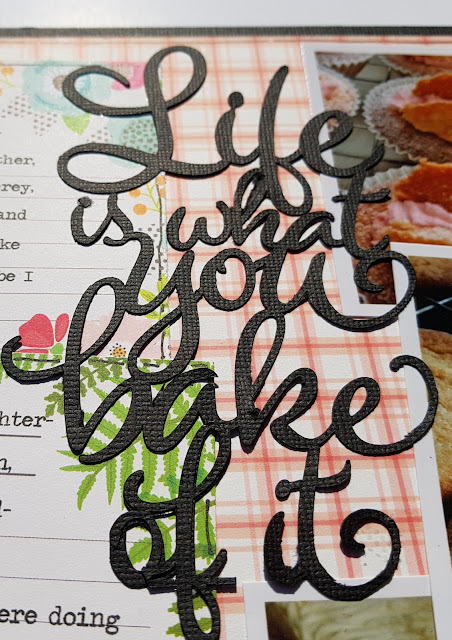 4 photos which were roughly 3" x 3" square were attached to the right half of the page and a title die cut from black cardstock was added. 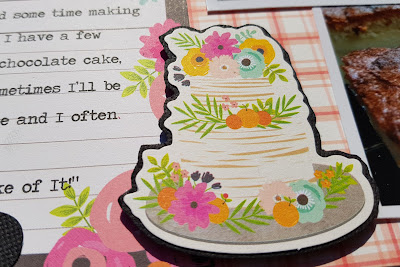 Die cuts from the Ephemera Pack were used to embellish the layout and to make these pop a bit I matted them on black cardstock and raised them with some 3D foam. I also outlined some of the elements with a black fine liner pen.

I hope I've inspired you to try using the Patio Party collection in your crafting and  the products I've used and many more from the collection can be found in the Papermaze store.
Posted by Karen at 08:00