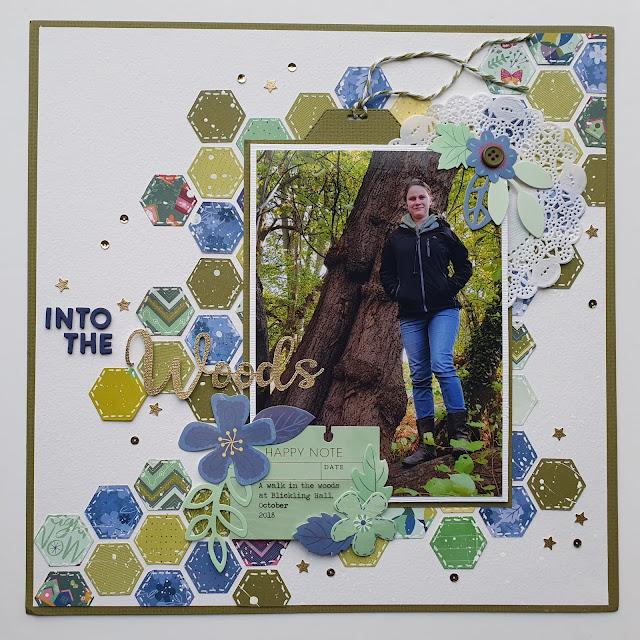 I started my layout by trimming a quarter of an inch off of each side of a 12 x 12 sheet of white cardstock and matted this onto a sheet of olive green cardstock.

Using a hexagon die (similar to this one)  I then cut lots of hexagons from the scraps of patterned paper I had left after creating my other projects. I chose the greens and blues from my photo that were found in paper #9 and #3 and also cut a few hexagon from some scraps of green cardstock found in my stash. 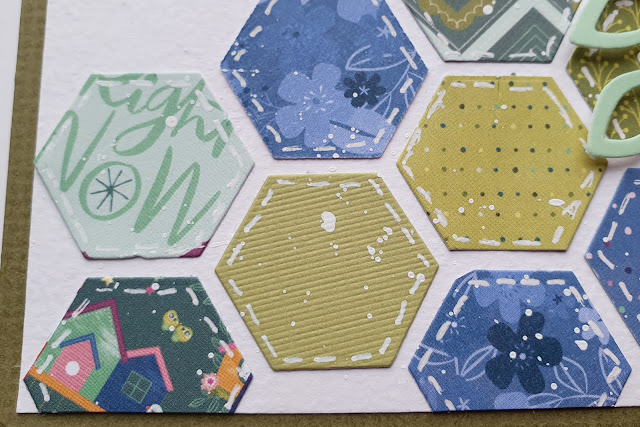 The hexagons were arranged on the layout roughly flowing from the top right corner to the bottom left corner and to make then more cohesive I splattered some watered down white acrylic paint on the hexagons and also used a white gel pen to draw faux stitching round the edges. 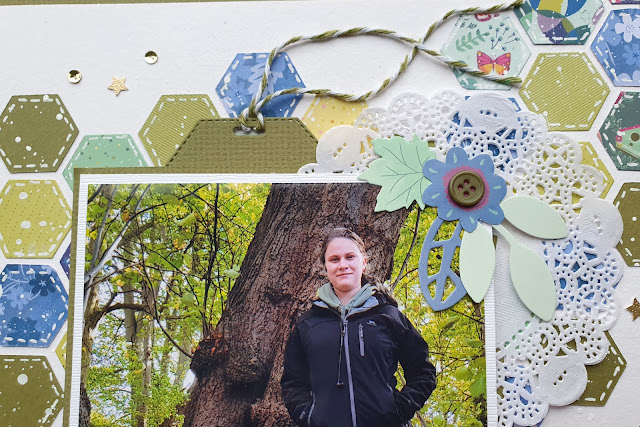 My photo was matted on white and green cardstock and attached to the layout with some foam underneath to add some dimension. I tucked a white paper doilie and a tag, cut from some of the green cardstock and threaded with green bakers twine, behind the photo. 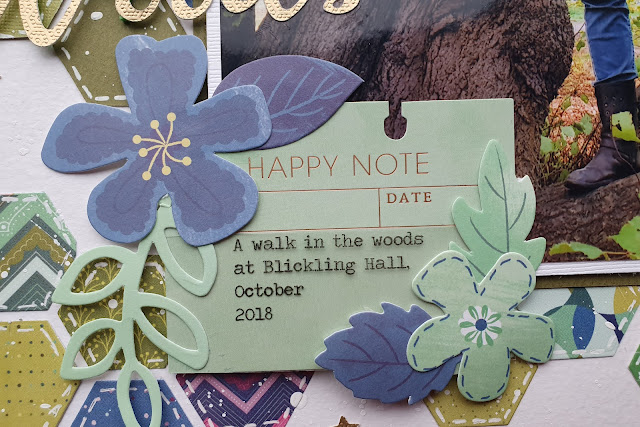 I used die cuts from the pack of journalling spots and floral cardstock embellishment pack to create two embellishment clusters and to provide a place for some journalling. The centre of one of the die cut flowers was bright pink but as this didn't go with the other colours on my layout I covered it up with a green button. 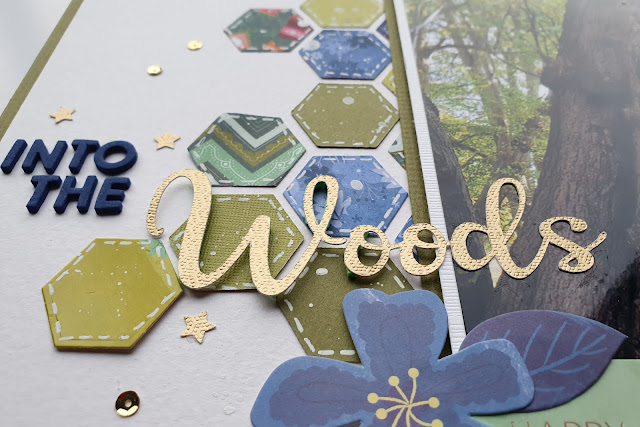 The title was created using some small navy blue Foam Thickers and the word 'Woods' was die cut from some textured gold cardstock from my stash. 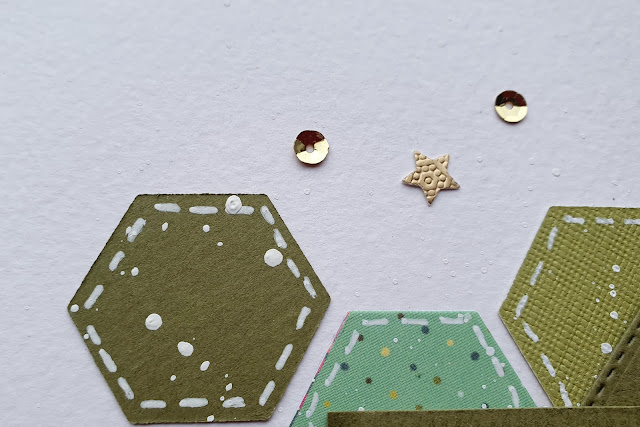 The layout was completed with a few gold sequins and some tiny stars punched from the gold cardstock.

What a lovely page Karen, really like the colours together. So many hexagons, must have taken ages to cut them all, but well worth the time taken xx

This is a great page Karen. Love the design,theme, colours and photo.x