Hello, Karen C here again with another layout using Cocoa Vanilla Studio's Sunkissed collection. My previous layout picked out the colours in the Feeling Fine paper - pink, orange, yellow and a tiny bit of blue. Today's layout is based on the blue/green Good Vibrations Ombre paper and other blue elements in the collection. Although my layout isn't a 'boy' layout I hope it shows that the collection could be used for feminine or masculine layouts. 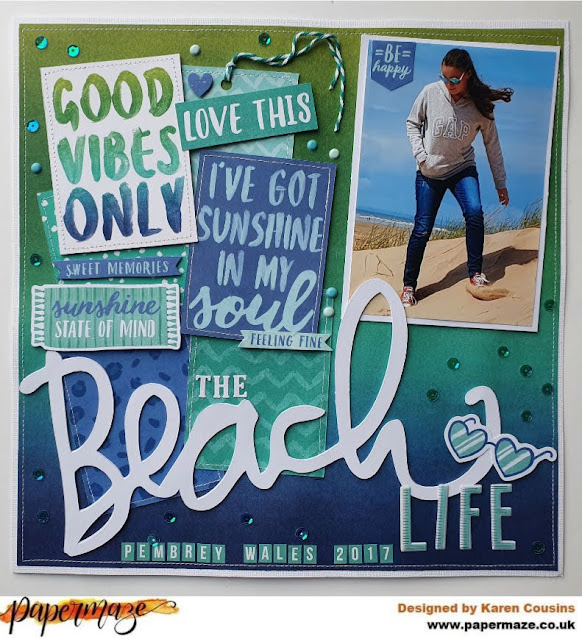 I trimmed 1/8 inch off of each edge of a sheet of the Good Vibrations paper and mounted it on a 12 x 12 sheet of white Bazzill cardstock. Using white thread I machine stitched round all the edges of the paper and also round the edges of five of the blue/green pocket cards and an extra card I made from a piece of the Sunny Days paper. 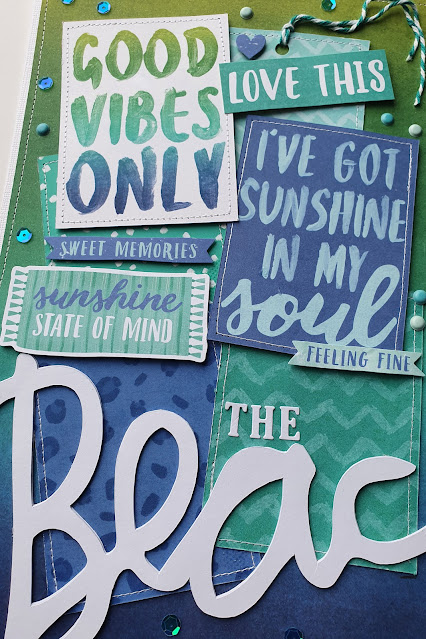 The pockets cards were placed on the left half of the layout cascading from top to bottom. Some were raised slightly with 3D foam beneath them and I also added some bakers twine to one of the cards to add some extra texture to the layout. 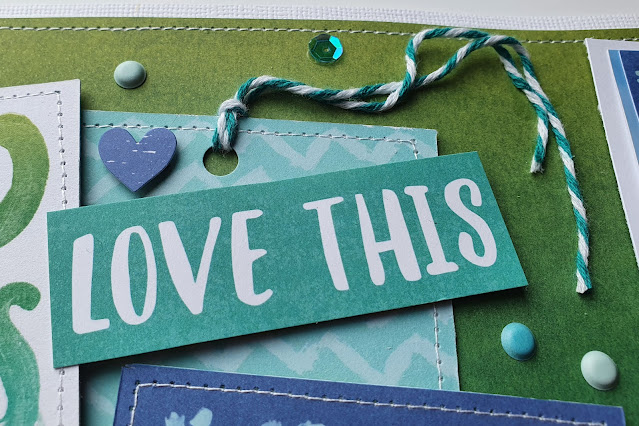 Die cuts from the die cut ephemera pack were scattered among the pockets cards as well as the words 'Love This' which were cut from the Fun in the Sun cut apart sheet. My photo was matted on white cardstock and attached to the top right of the layout. 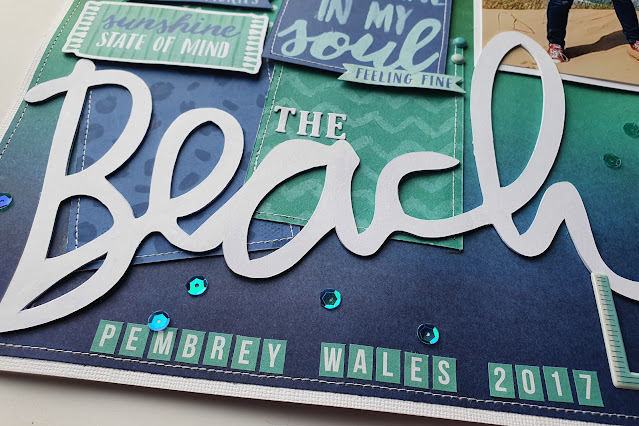 Using my Silhouette I cut the word 'Beach' five times from smooth white cardstock and using a wet glue I glued the pieces on top of each other to create a thick chipboard-like title. The title was placed near the bottom of the layout and was completed with the addition of more die cut letters and some blue puffy alphas from my stash. 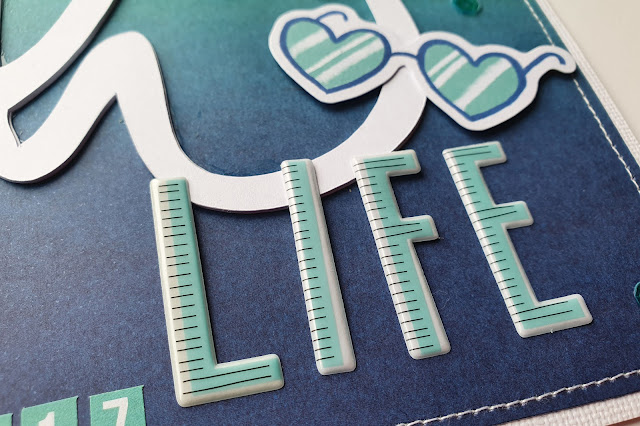 A die cut of a pair of sunglasses was added to the title as well as a little pennant to the photo. 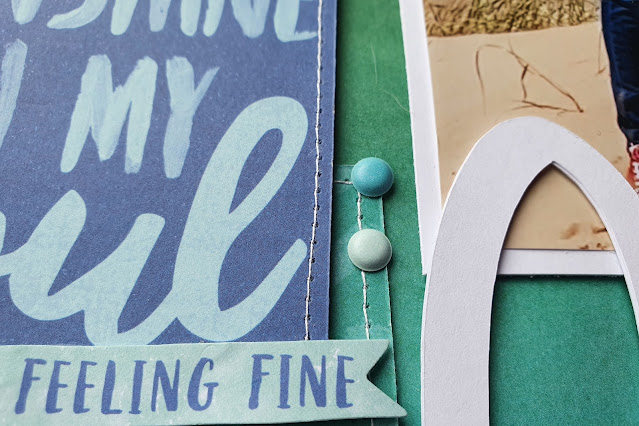 My DT kit contained some Puffy Dots from Doodlebug, These are like enamel dots except they are soft and squishy and have a matt finish. I dotted a few of the dots around the pocket cards. 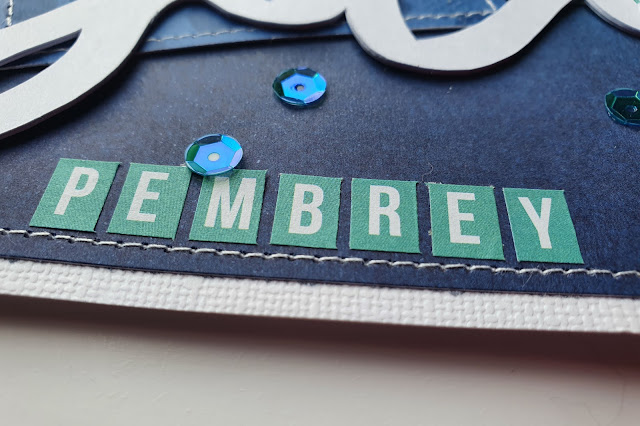 The layout was completed with the addition of the date and place using some blue alpha stickers from my stash and some blue iridescent sequins.
I'm really enjoying playing with the Sunkissed collection and will be back again soon with another layout.
Take Care
Karen x x
Posted by Karen at 08:00