Hello, it's Rebecca with you today sharing my first layout for April. I can't believe how fast this month is going! I had so much fun last month designing with P13's 'Beyond the Sea' that I've chosen another of their collections to work with this month - 'Soulmate'. I have to say, it is equally as beautiful and I'm really enjoying it so far! 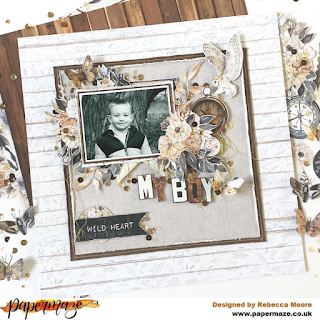 I decided I was going to challenge myself to create another layout without white cardstock! I selected Paper #7 for my background and trimmed down Paper #6 to 8.5 inches squared to sit on top. I felt that I needed another layer between them to offer some separation so I added a layer of brown Bazzill cardstock from the Matchmaker Pack. I machine stitched around the edges of both squares with white thread to add some detail and texture to the page, and of course I distressed all the edges. 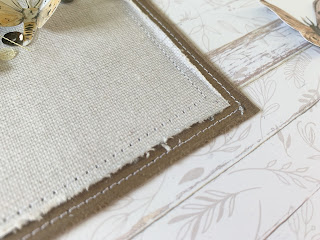 I added the same brown Bazzill cardstock behind my photo and added a second mat using Paper #7 (I'd gutted the background sheet before stitching so that it wasn't wasted!). I situated my photo in the top left corner of the layout and then set about fussy-cutting some of the papers!

These P13 collections are fantastic if you enjoy fussy-cutting! Several of the papers are made up of images that you can cut out to make fabulous embellishments. I took some time to cut some of the florals from Paper #2, along with the moths from Paper #3. But it's Paper #7 that I enjoyed cutting the most! It has so many individual images on it that once cut up, it's like having a whole pack of ephemera at your disposal! 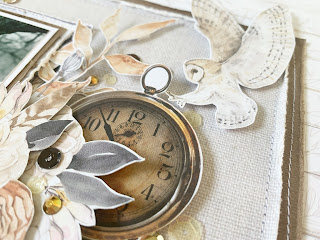 Once I had everything cut up, I started to create some clusters around my photo. The florals were the largest elements so I positioned those first, and then slotted everything else in around them. I also added one of the circular stickers from Sticker Sheet #3 with some gold metallic thread behind it. 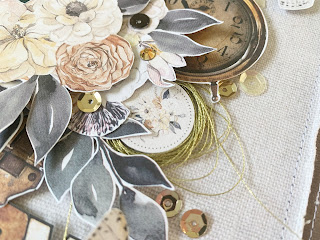 The collection also comes with a pack of Banner Die Cuts so I selected one of those to position behind my photo, with the fishtail visible underneath. I purposely selected the banner with the big black heart on it as I couldn't see me using it - it's a little bit 'too much' for me!! However, the heart has some flowers at the top of it too - so I ended up fussy-cutting it out and positioning it above my photo to bring some colour to that area of the page. 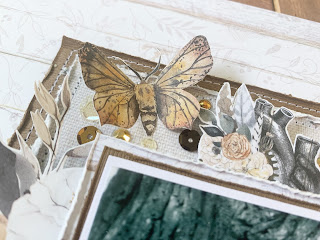 The bottom section of my layout needed something to balance out the page so I placed a tag from Cardstock Tags #2 which says 'Wild Heart' to the bottom left, with a circular tag from Cardstock Tags #1 beneath it. I also brought some of the gold into this cluster by threading some of the gold thread through the 'Wild Heart' tag. 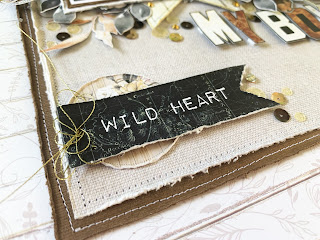 The Soulmate collection comes with two sets of alpha stickers - I have Sheet #2 which is Navy (Sheet #1 is brown), but I didn't have any other navy tones on the page so they wouldn't have worked for this layout. It was a case of Paper #4 to the rescue! This patterned paper is full of letters so I was able to fussy cut some to spell 'My Boy' - and they work perfectly with the neutral tones of this layout. 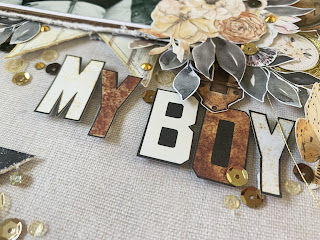 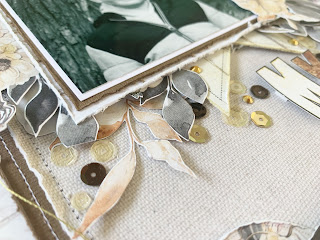 If you'd like to watch the process of this layout coming together, I have a video up on my YouTube channel, which you can find here.

I'll be back later in the month with another 'Soulmate' layout - but in the meantime, if you like the look of this layout then head over to the shop because it's selling out fast!