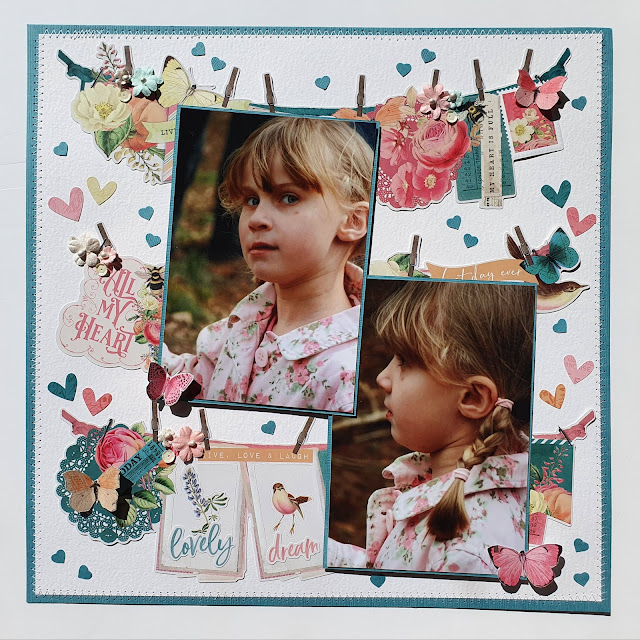 I started (as I often do!) with a sheet of white cardstock which I trimmed to 11.75" x 11.75" before placing in the centre of a gutted sheet of teal coloured cardstock. Using white thread I zig-zag stitched round the edges of the cardstock on my sewing machine. 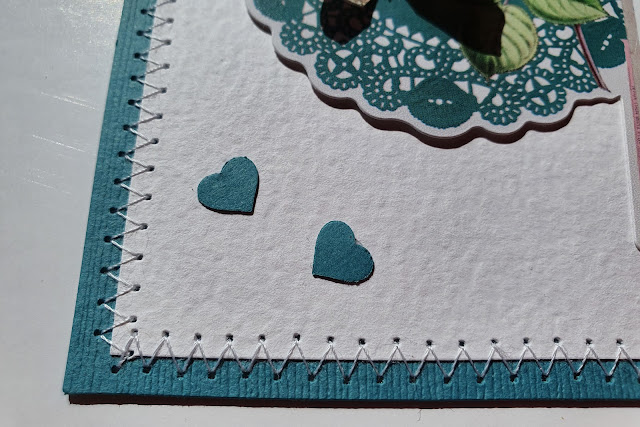 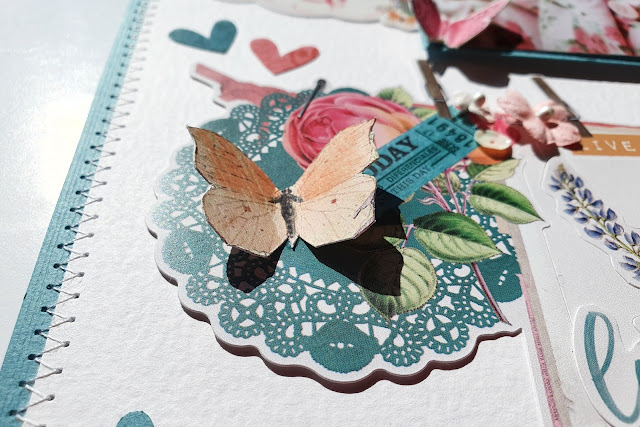 I cut some butterflies from left over pieces of the 3x4 elements paper and  used these to embelish the banners and photos. Only the bodies of the butterflies were glued to allow the wings to be folded upwards for dimension. 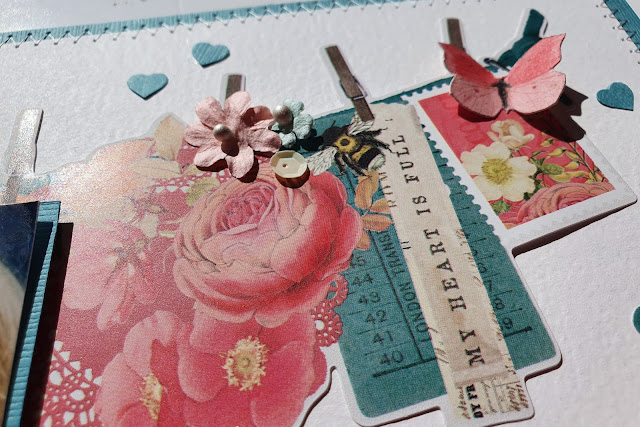 This is another very simple layout but with such pretty supplies you don't need much to make a great layout.

Take Care everyone. I'll be back soon.
Karen x x

Such a pretty page Karen. I love those hanging lines...and as always, how Lara's clothes perfectly matches the papers xx