Hello, Karen C here again. Recently I have been sharing with you the scrapbook layouts I've created using the Coffee and Friends collection from Echo Park. After creating three layouts with my DT kit I was left with a few random sized scraps of patterned paper and some of the die cut Ephemera Frames and Tags. 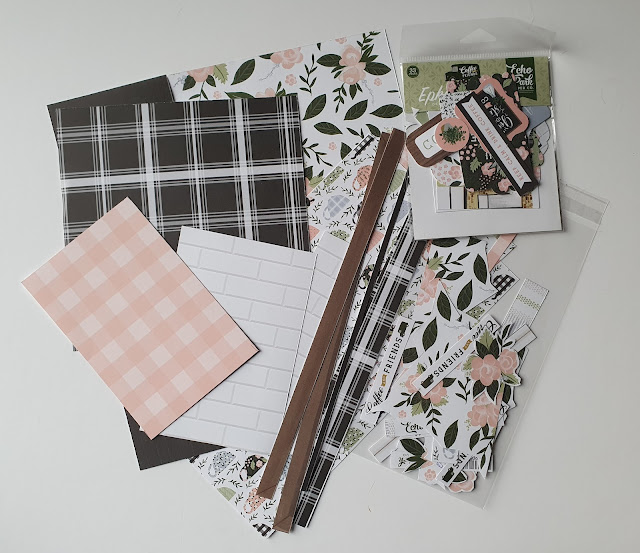 None of the scraps were bigger than about 6" square so rather than try and make another scrapbook layout I decided to challenge myself to make as many cards from the scraps as I could. On YouTube I follow American cardmaker Kristie Marcotte. Kristie has a series of videos where she takes a 6x6 paper pad and turns the entire paper pad (plus cardstock and minimal embelishments) into a set of cards. I love Kristie's style which uses a lot of black cardstock and took inspiration for my cards from her. By coincidence, Kristie has recently used the 6x6 Coffee & Friends paper pad to make cards. Unlike Kristie I didn't have a full 6x6 paper pad so didn't have as many papers or patterns to choose from but double sided papers help.

I managed to make 9 cards. 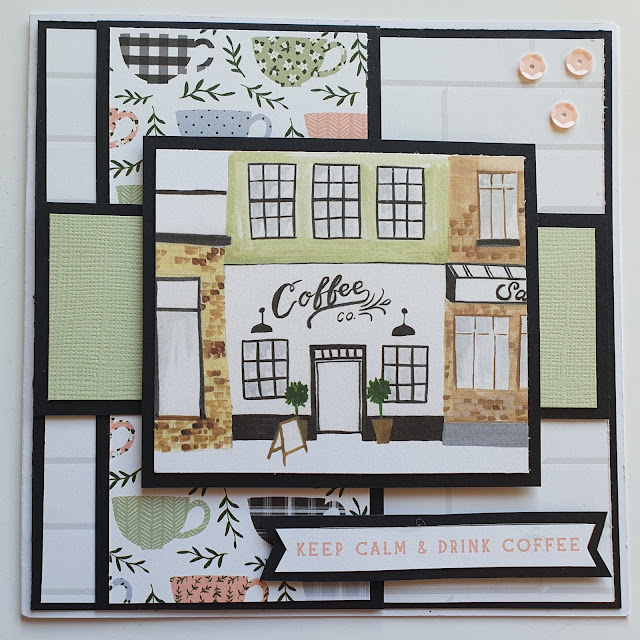 Four of the cards were just under 6" square and five were 4.5" square 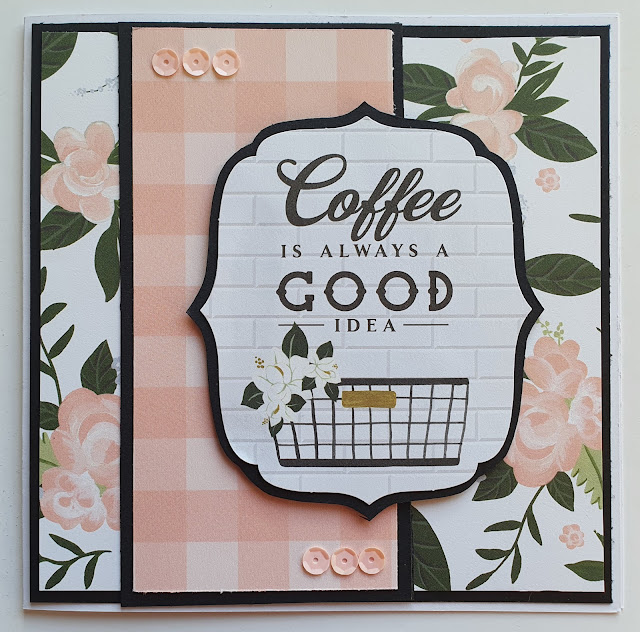 I used a lot of black cardstock to mat the patterned papers and die cuts. This made the colours pop. 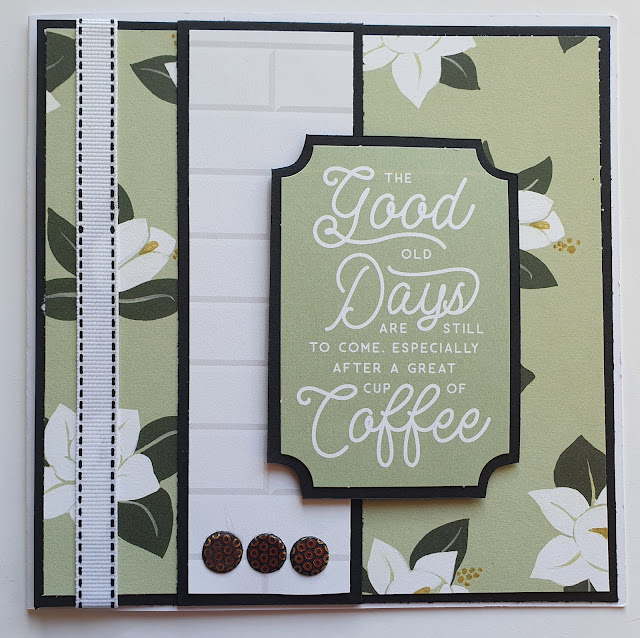 The die cuts were mounted on 3D foam to add some dimension to the cards. 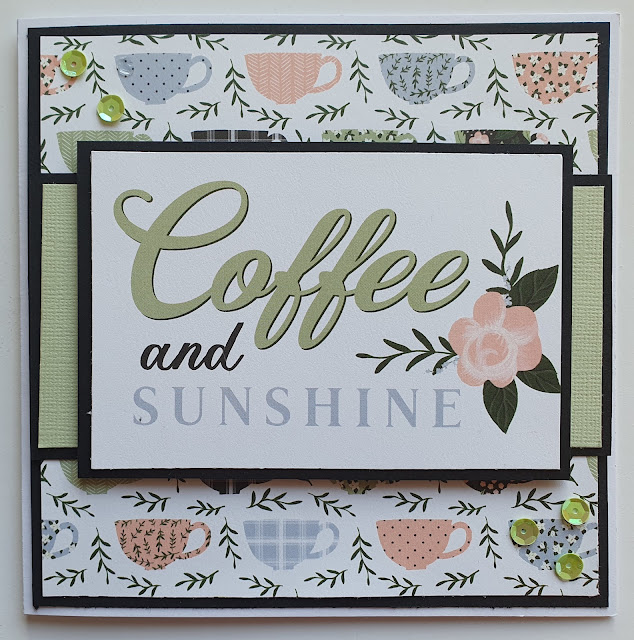 I used some cardstock in colours picked out from the patterned papers and die cuts on some of the cards. 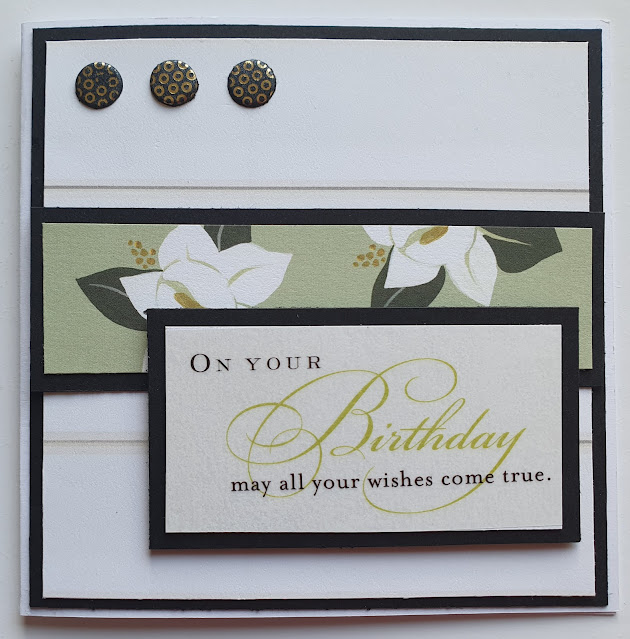 Embelishments were minimal - sequins, ribbon and card candy all from my stash. 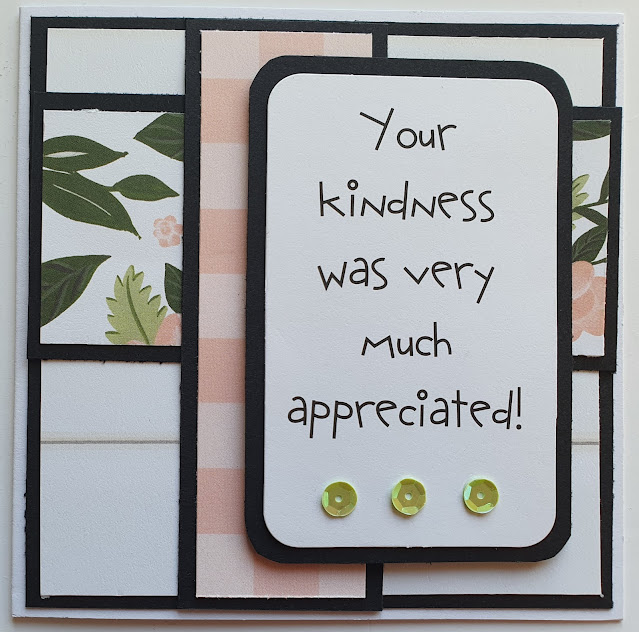 Because I didn't have much patterned paper left I had to be creative on some of the cards. Some of the papers were joined and the join hidden behind another element, 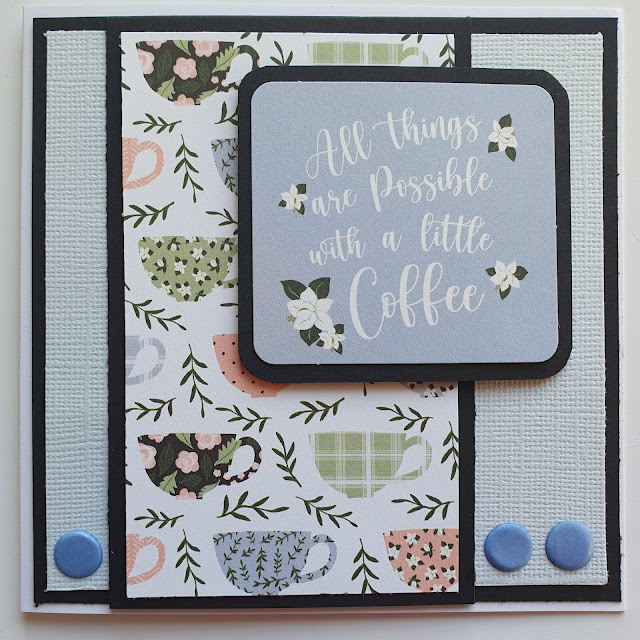 For this card I was able to add blue cardstock to emphasis the blue cups on this paper and the die cut. 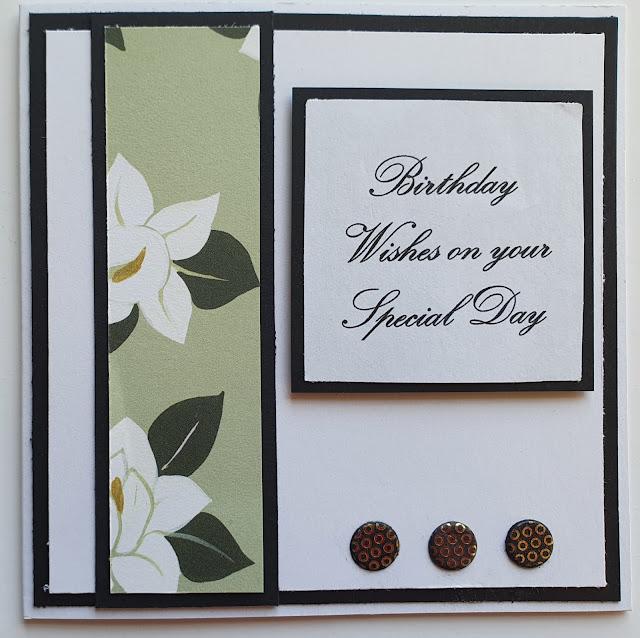 Some of the sentiments were printed onto white cardstock. 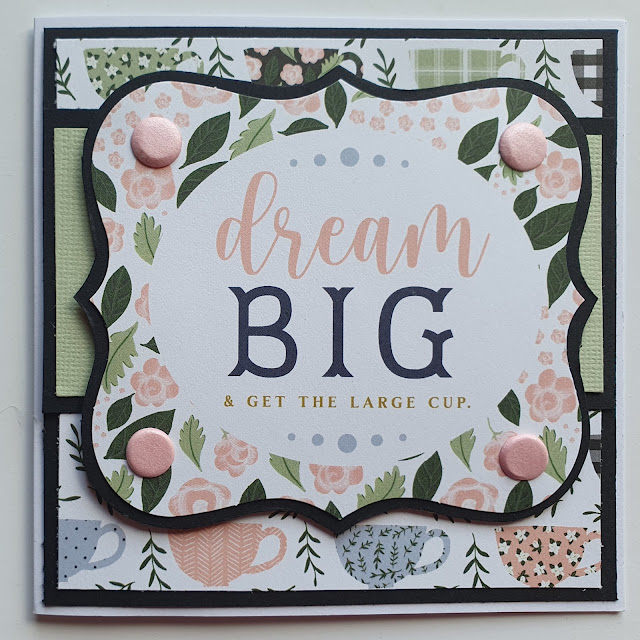 I hope I've inspired you to try and use up the scraps left over from a collection or kit to make some cards or if you have no scraps a few sheets of patterned paper can go a long way. and there's plenty available in the shop.
Take Care
Karen x x